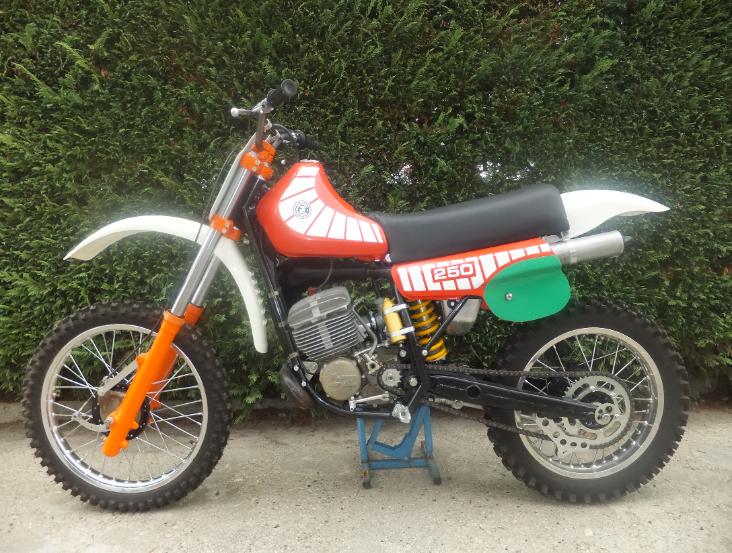 Lionello Bottanelli was kind enough to share his brother Dino Bottanelli collection of CZ’s which he inherited a few years ago.  Dino was an advet collector and was a member of an Italian CZ Club.  This is a very rare model 978 Factory CZ. 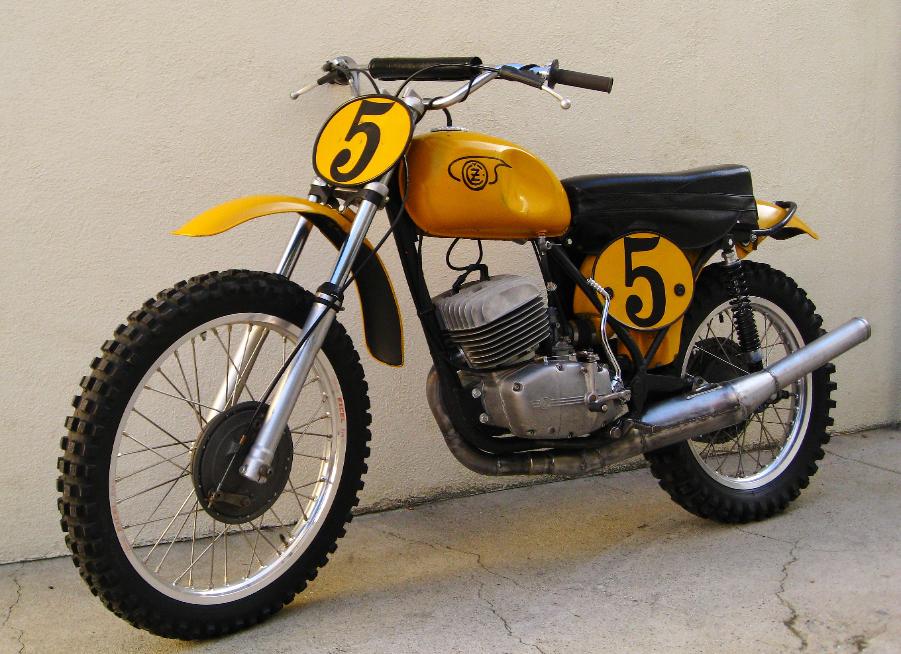 Featured here is Miroslav Halm’s 1970 360 CZ raced in the Inter-Am series. There were only four built and brought here to the United States for the Inter-Am races by Edison Dye.

The owner of the bike, Mr. Steve Canady, posted the bike on a CZ forum to display it as one of the bikes in his collection.   It wasn’t long before questions started coming in regarding the engine and frame numbers. After a few more technical questions were asked and answered, the bike was confirmed as the bike raced by Miroslav Halm.  Mr. Jim Musich, a CZ dealer in Santa Cruz during the 1970’s, submitted an AMERICAN JAWA memo from his personal
collection dated May 1971, listing a few motorcycles for sale to the public. It listed four Inter-Am works bikes for sale as “demonstrator models”, one being the bike you now see.

The 981.0 series CZ engines are identified as being produced in 1970, further making this bike a unique piece. Primarily because it’s mounted into an earlier 969 series frame as the newer 981 series frames were not yet available. The case is stamped as a 981 but the case, barrel and piston are the 360 model. Special note: In 1971, AMERICAN JAWA was overstocked with 1969- 70 spare parts such as engines, frames etc that were utilized to build a “Yellow tank side-piper.”
They came up with the idea to re-paint the older orange and white machines with a school bus yellow scheme to generate new sales. The fuel tanks were repainted yellow over the orange paint leaving a thin stripe of orange on top. The CZ logo was repainted black, fenders and air box were repainted yellow. It’s not known how many of these “YTSPs” were assembled and sold but the number is low.

This bike currently has a pair of KONI rear shocks and a later model aluminum front rim. An interesting modification still exists on the bike – 2 sets of foot peg mounts (see below). Mr. Canady has kept the bike in complete original condition with a few modifications to his preference. Items such as the pipe was changed out as the original open chamber “low-pipe” got dented up but is still in his possession. The Jikov carburetor was also changed out to a
Mikuni unit as was the common practice of the day. At sometime in the future Steve plans on reinstalling all the original pieces including the open chamber pipe as well as a Twinpipe model kick lever to clear the pipe when starting it up.

Thanks Steve for the photos and an opportunity to show the bike. For additional information and the complete story on this bike, go to: http://www.geocities.com/wheelsofdirt/cz360.html

The photo above is of the original pieces still in Steve’s possession. Keeping them was a very wise decision! The paint on the chassis and body parts is unmolested!

Above we see this actual #5 CZ being piloted by Miroslav Halm in an Inter-Am race at Saddleback Park, California. He just passed Sylvain Geboers on the #3 Suzuki and Bengt Aberg on the #1 Husqvarna. 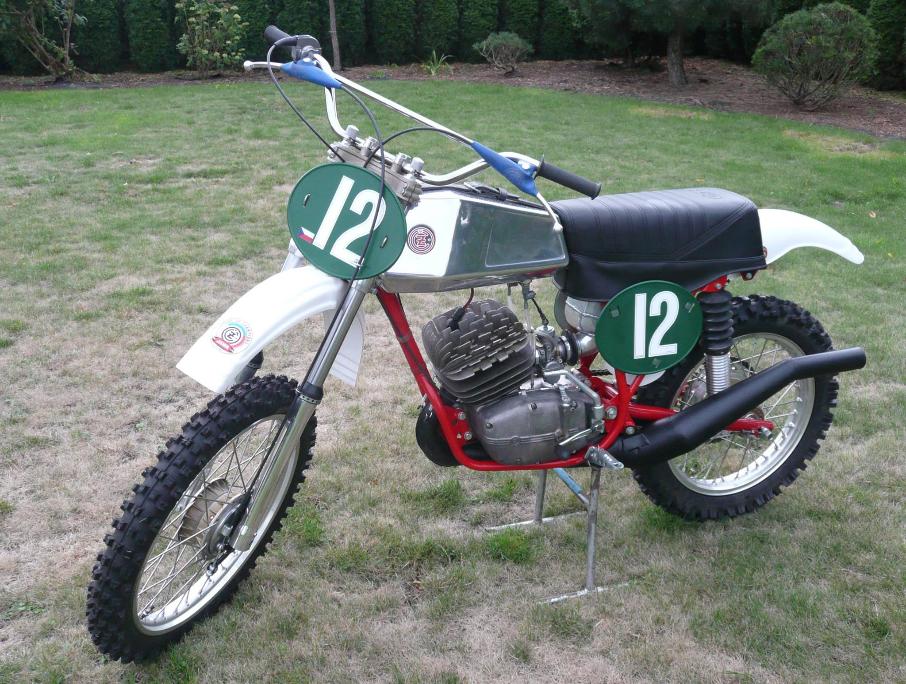 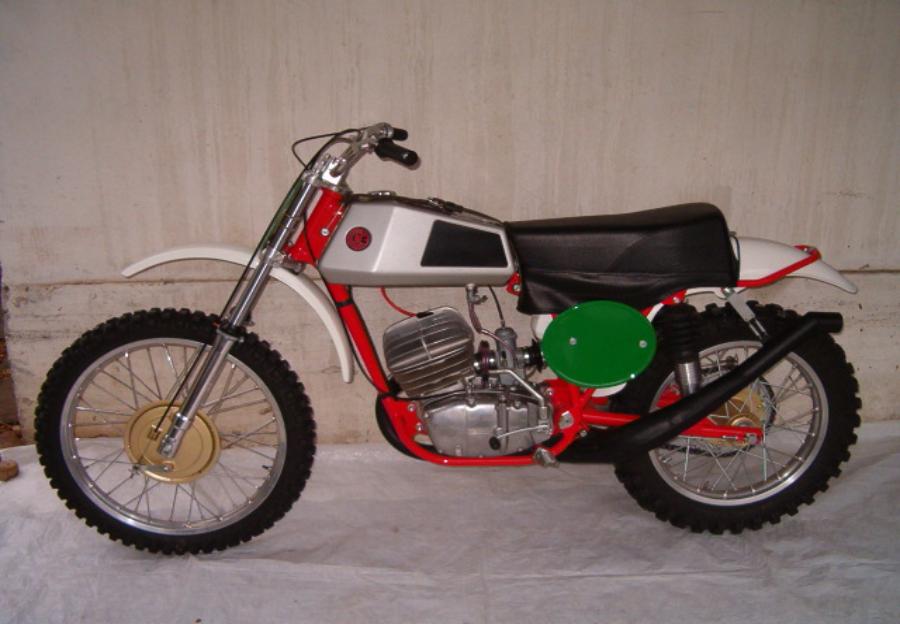 We hope to see more of Vitezslav’s collection in the future. Thanks again Vitezslav!