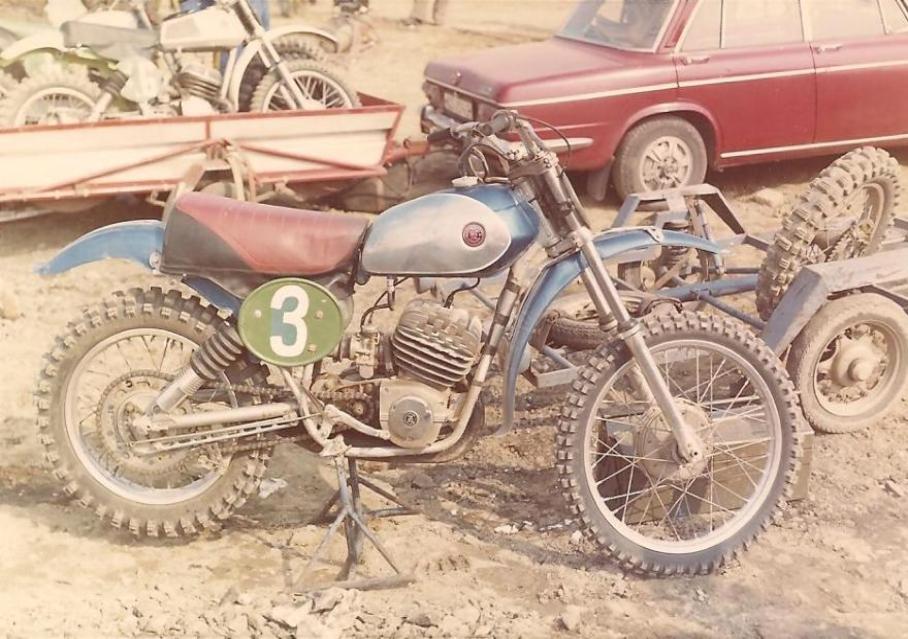 Featured here is a late 1975, early 1976 ‘works” CZ250. During the beginning of the 1975 season, the Factory CZ’s were using fiberglass front and rear fenders as seen in the photo below.  Towards the end of the season, they switched over to “Preston Petty” fenders which were more durable.  This bike is in exceptional conditional and very original.