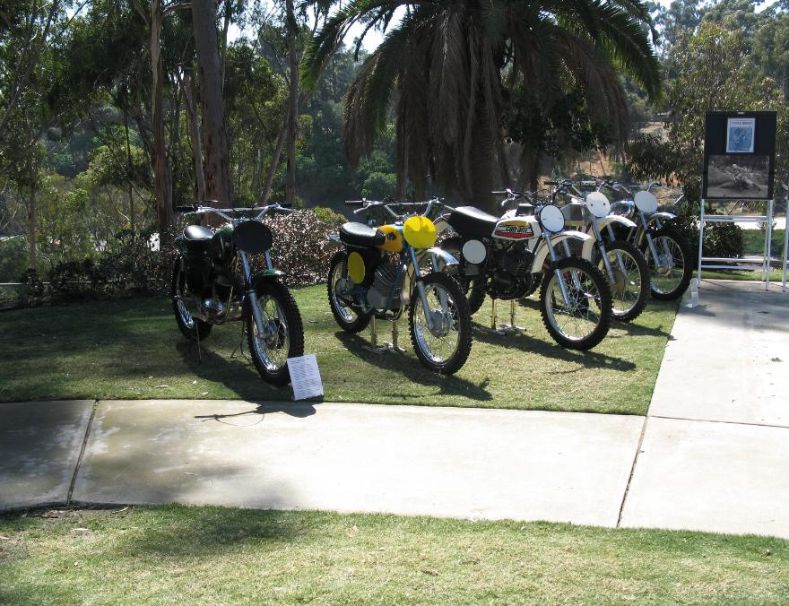 On May 17, 2008, the San Diego Automobile Museum held it’s grand opening of the “Motocross America, The Early Years”  display with a motocross star studded event. Tom White (http://www.earlyyearsofmx.com/) was responsible for bringing this spectacular display to the San Diego Museum as well as orchestrating the banquet after the Grand Opening. Needless to say, the event was very well attended and provided the opportunity for   motocross fans to rub elbows with many of the MX stars from the past.  There was a raffle and auction at the end of the evening. One signed photo of Marty Tripes and Rex Staten standing next to the Harley Davidson Motocross Van sold for $3000.00.  A good time was had by all and all proceeds went to help fund the San Diego Automobile Museum.  Great job Tom!