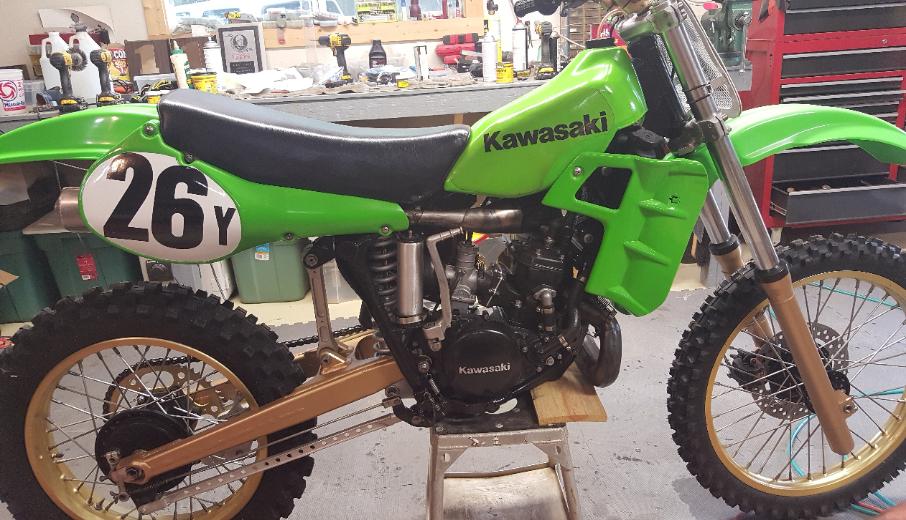 A few words from Kent regarding the history of this bike:

At the end of 82 when I was leaving Suzuki to go to Kawasaki, I test rode the race  bike at Indian Dunes with Roy Turner. I didn’t really like the race bike so I asked him what they would let me change on the bike and he said probably anything, so we started back to Kawasaki and upstairs over the race shop where they had all the old bikes and I saw one that I liked, the way the frame geometry looked and we pulled it out.  It had a air-cooled motor which we took it out and replaced with a water-cooled motor. We started working and testing it at Saddleback Park. All the information that we got from that bike went to the factory and became the 83 SR Works bike. This bike then became my practice bike.