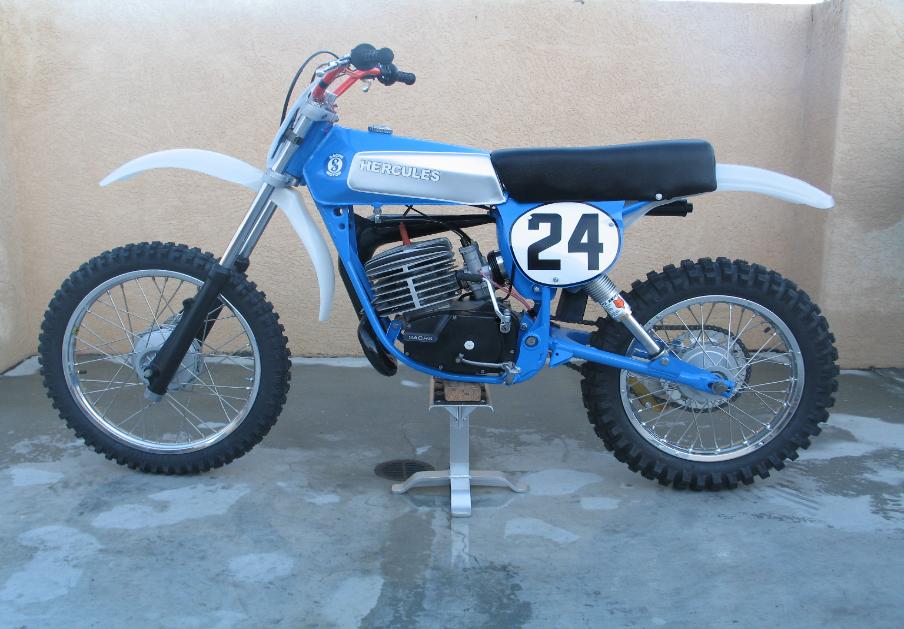 Special thanks to Dave Baskins of Somerset California and Terry Hicks in Northern California. Dave bought the bike from Terry several years ago.  Terry saved the bike from being disposed of and eventually sold it to Dave. Both knew the history of the bike, who raced it and it’s historical value to the Motocross community.

The bikes history has been confirmed through Mike McGowan and Danny Turner. It was  the original “prototype” for the production MX bike and was found to be in fairly original condition. It is being restored to it’s original race condition from 1977.

View the restoration of this bike