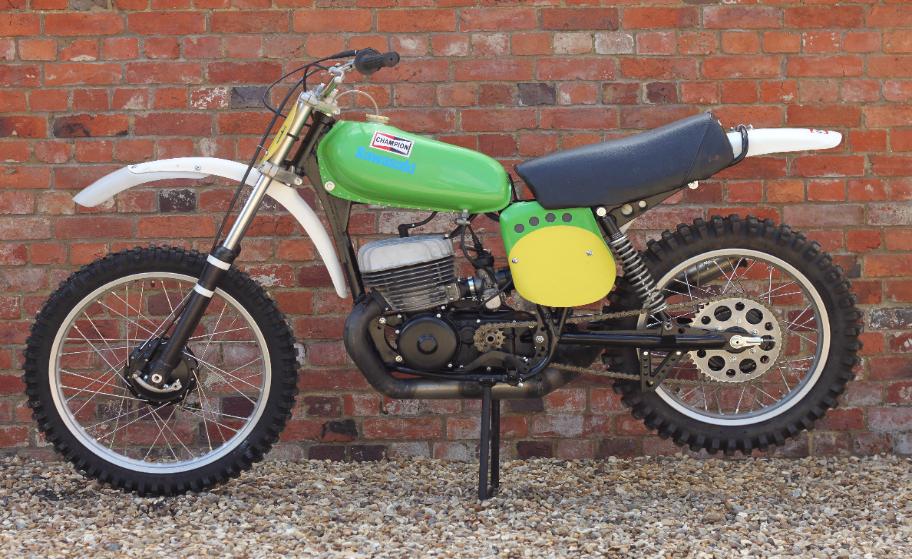 I bought the bike from Christer Hammergen around 15 years ago. I’ve since restored it using parts supplied by him. The bike is the late 1974 model supplied for the British Grand Prix and later rounds of the GPs. It has the lower engine, reed valve cylinder and different geometry to the earlier model.