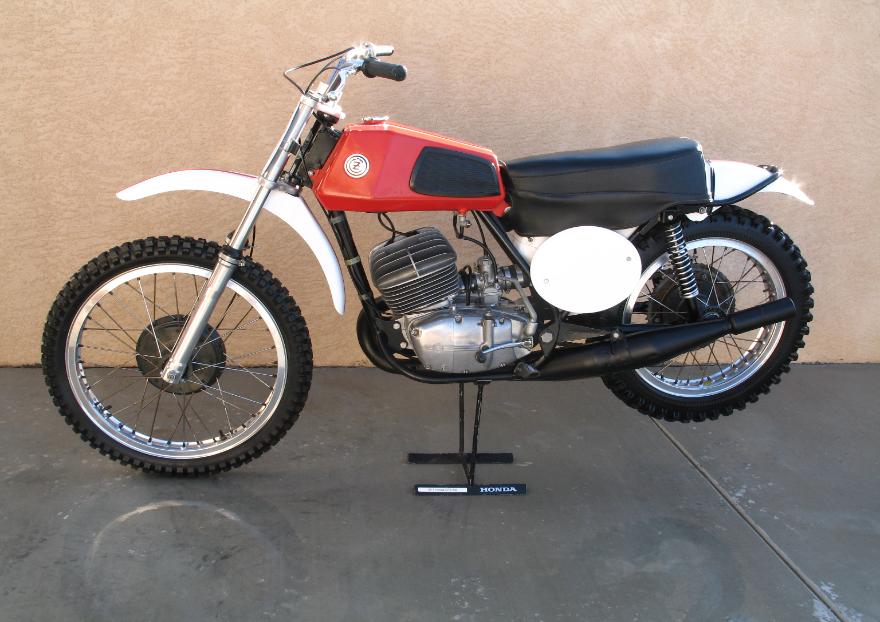 If you raced motocross, CZ was the bike to have!  It remained that way until mid 1973 when the Honda Elsinore 250 arrived. Sales would never be the same for the Czech factory and by 1976, CZ’s were seldom seen on American motocross tracks.

1973 was the first year of the coffin tank.  This bike is fairly original with the exception of the front fender which has been replaced with a reproduction plastic item.  The Jikov carburetor was replaced with a Mikuni when the bike was first sold.  This was a common practice for dealers as was changing out the points ignition for an electronic one.