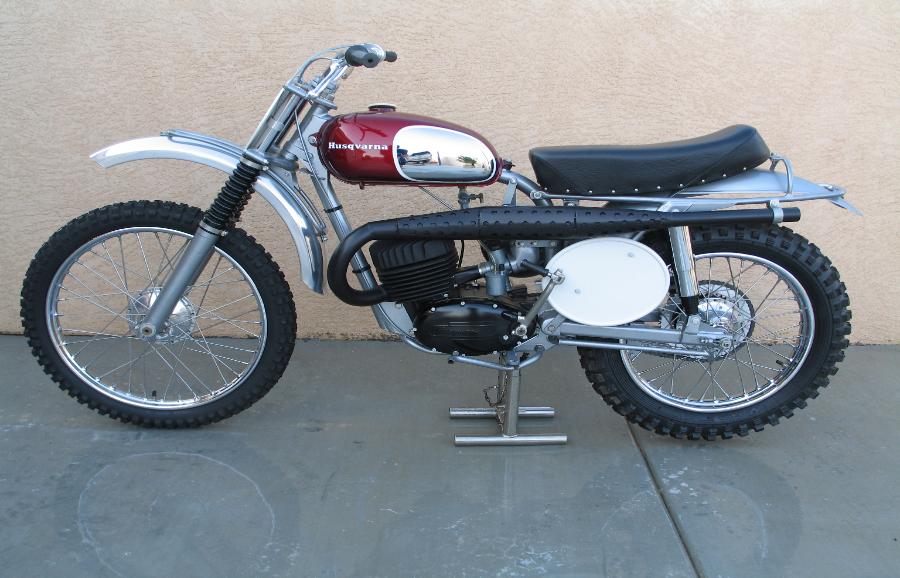 1966 marked the first year that Husqvarna began importing their machines to the United States for distribution to the American public.  Husqvarna played a huge role in the development and would never be the same!

This bike was recovered in Imperial Valley in 1993. The restoration took 4 years to complete.